Could create table version :No database selected Davido reacts to reports of Duncan Mighty assaulting his wife  - The Clip

Davido reacts to reports of Duncan Mighty assaulting his wife

News broke out that Port Harcourt’s first son, Duncan Mighty assaulted his wife, beating her beyond recognition; an act which has been going on for a long time now, according to the people who broke the news.

They claimed he beat her and abandoned his family to travel to Lagos. 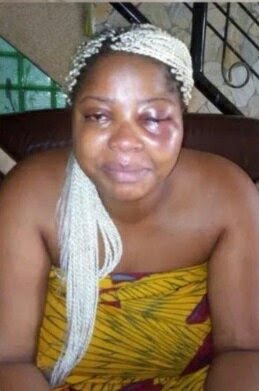 Well, the singer reacted to the bogus report, claiming it is false and full of lies and now, Nigerian singer, Davido, who was in Port-Harcourt last week to shoot the music video of his song featuring Duncan Mighty and Peruzzi, has also reacted to report that Duncan Mighty assaulted his wife.

READ: End_time: Father sleeps with daughter blames his wife for not been around. 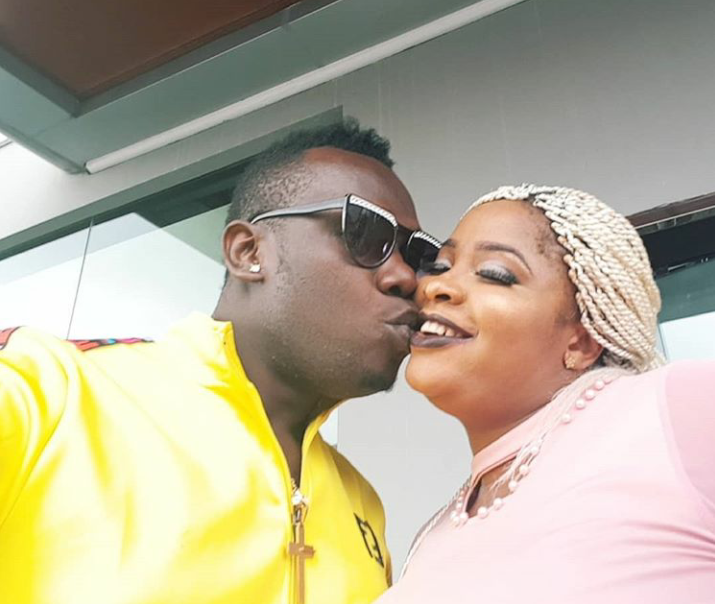 Reacting to the statement where Duncan denied the report outrightly, Davido wrote;

If you mind dem baba you go tire….nah me dey suffer for deir hand pass. 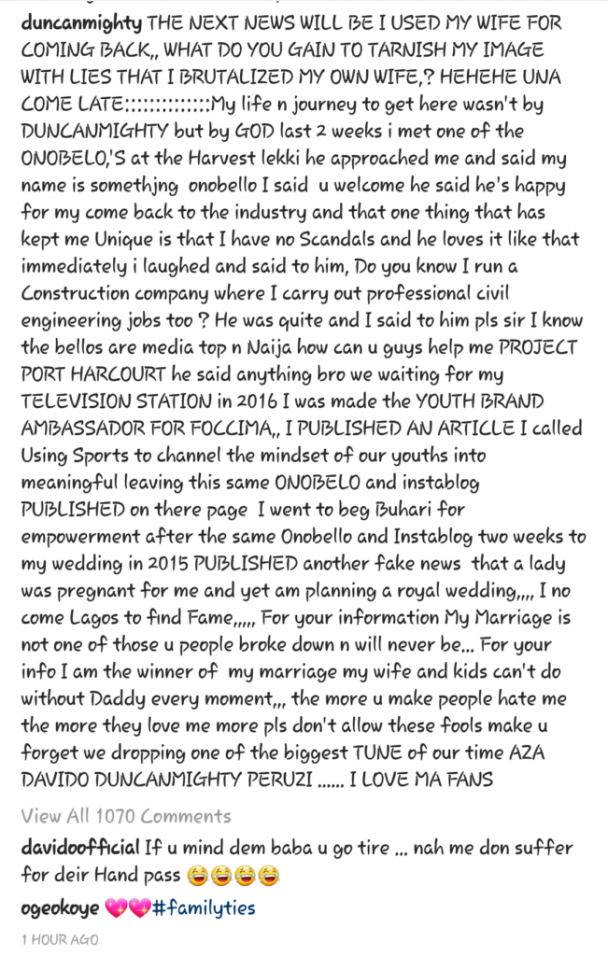