Nigerian barbie, Bobrisky, has been denied entry into the U.K, where he was scheduled to have a Meet and Greet event last night.

According to reports, he was held at a detention camp near the Heathrow airport in London and was put on a return flight to Lagos by 10pm yesternight, to arrive Nigeria by 5a.m tomoday, ceteris paribus.

It was gathered that he was denied entry because his visa doesn’t permit him to work in the U.K, as he is in the country to make money via the event. He was also said to be in possession of some creams he intended to sell. 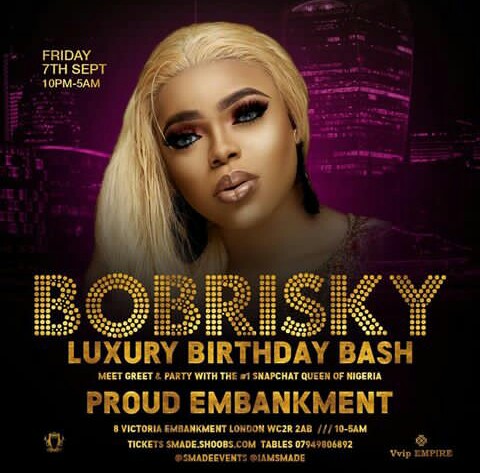 Research Paper Writing Service – How to Find the Ideal

How to Pick Custom Research Papers