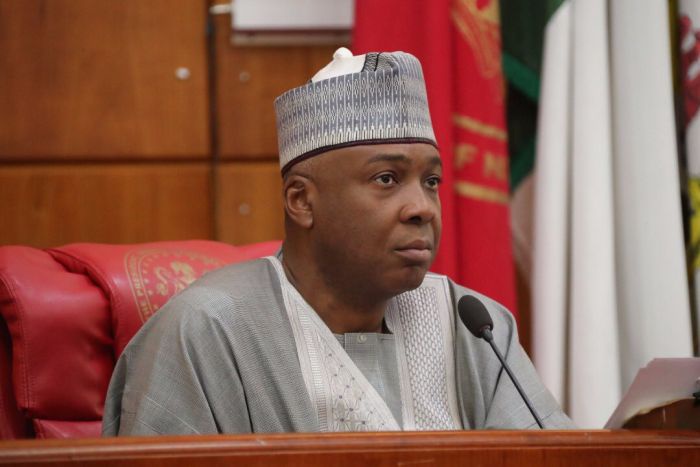 – It, therefore, allegedly called for the Senate president’s resignation

The Miyetti Allah Cattle Breeders Association on Tuesday, August 21, allegedly warned the president of Senate, Bukola Saraki, to resign his position immediately or be forced to do so.

The Punch reports that the national coordinator of the association in Benue state, Alhaji Garus Gololo, gave the warning in an interview with its correspondent in Makurdi.

According to the newspaper, Gololo said Saraki had created numerous problems for the administration of President Muhammadu Buhari, which he said had affected the economic and social growth of the nation.

“It is on this note that we are saying that Saraki ought not to be in office again as Senate president, more so, Saraki has failed to coordinate and organise the National Assembly to offer quality legislation that Nigerians need.

“Nigerians are in dire need of people that have the interest of the masses. Miyetti Allah is looking for a leader that would preside over the affairs of the Senate with ultimate respect for the executive and the judiciary, not someone like Senator Saraki that would always scheme to outdo the presidency.

“We are now tired of Saraki’s style of leadership at the National Assembly. Therefore, we are now warning him to honourably resign his position as president of the Senate or we will force him out”, Gololo reoportedly said.

He allegedly urged governor Ortom to face his problem with the EFCC and leave Miyetti Allah alone.

“Ortom should forget about anything called Miyetti Allah and grazing law and fight for his re-election because Benue people and his new party (PDP) have rejected him,” Gololo said, adding that the PDP would not give him the ticket to run in the 2019 governorship election in the state.

Meanwhile, it was previously reported that Saraki on Monday, August 20, replied the national leader of the APC, Asiwaju Bola Tinubu, saying the latter was accommodating inadequacies in the party because of his presidential ambition for 2023.

Saraki said this in response to a letter reportedly written by Tinubu giving reasons why the Senate president and others left the APC.

The Senate president noted that he had at several times complained to Tinubu and a host of party leaders in the APC about the administration of Muhammadu Buhari as well as the need to carry critical stakeholders along.

Essay Types Which Are Launched in Elementary and Secondary Schools